They burst onto the scene with their release of The Green Lights EP in 2018, playing at Bonnaroo, Shaky Knees, KAABOO Del Mar, Summerfest, & Suwannee Hulaween, & supporting renowned acts including Moon Taxi & Ripe. They released The Static EP in 2019 & several singles/music videos in 2020/2021. Their new EP – “Waiting for the Moment” – came out on July 22nd, 2022.

In 2021, they coined the “Where’s Walden Tour,” successfully planning & executing a tour of all 50 states starting on a $50 budget. They performed in a unique array of venues including traditional clubs, museums, breweries, & even a national cave. With the support of their loyal fans, Walden funded the whole operation with merchandise sales, donations, sponsorships, & ticket sales. 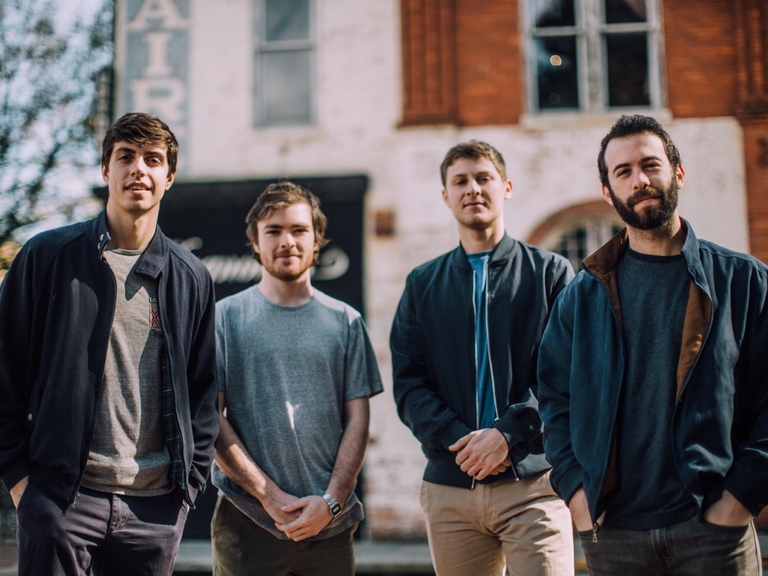 Four friends from Athens, Georgia have started a revolution in rock music. Driven by passion and purpose, the band Walden seeks to evoke emotion and inspiration through their music. To do so, these young men have stripped away every stigma and stereotype associated with playing in a rock band to focus on what actually matters: the music, the message, and the people. Four guys with nothing but a passion for playing shows and creating music quickly became one of the biggest upcoming musical acts in Georgia, capturing the attention of audiences of all ages with their raw sound, infectious energy, and undeniable connection they share on stage. Walden's live performance truly shone when they won the 2017 Road to Bonnaroo competition for the state of Georgia. This competition generated a passionate and supportive following for the band in their hometown of Athens, GA. As a result of their growing popularity, Walden has also had the opportunity to open for well known acts such as Moon Taxi and Twiddle and further grow their fan base. These successes amount to nothing more than a stepping stone towards these four friends achieving their actual goal of playing and creating music together for the rest of their lives.