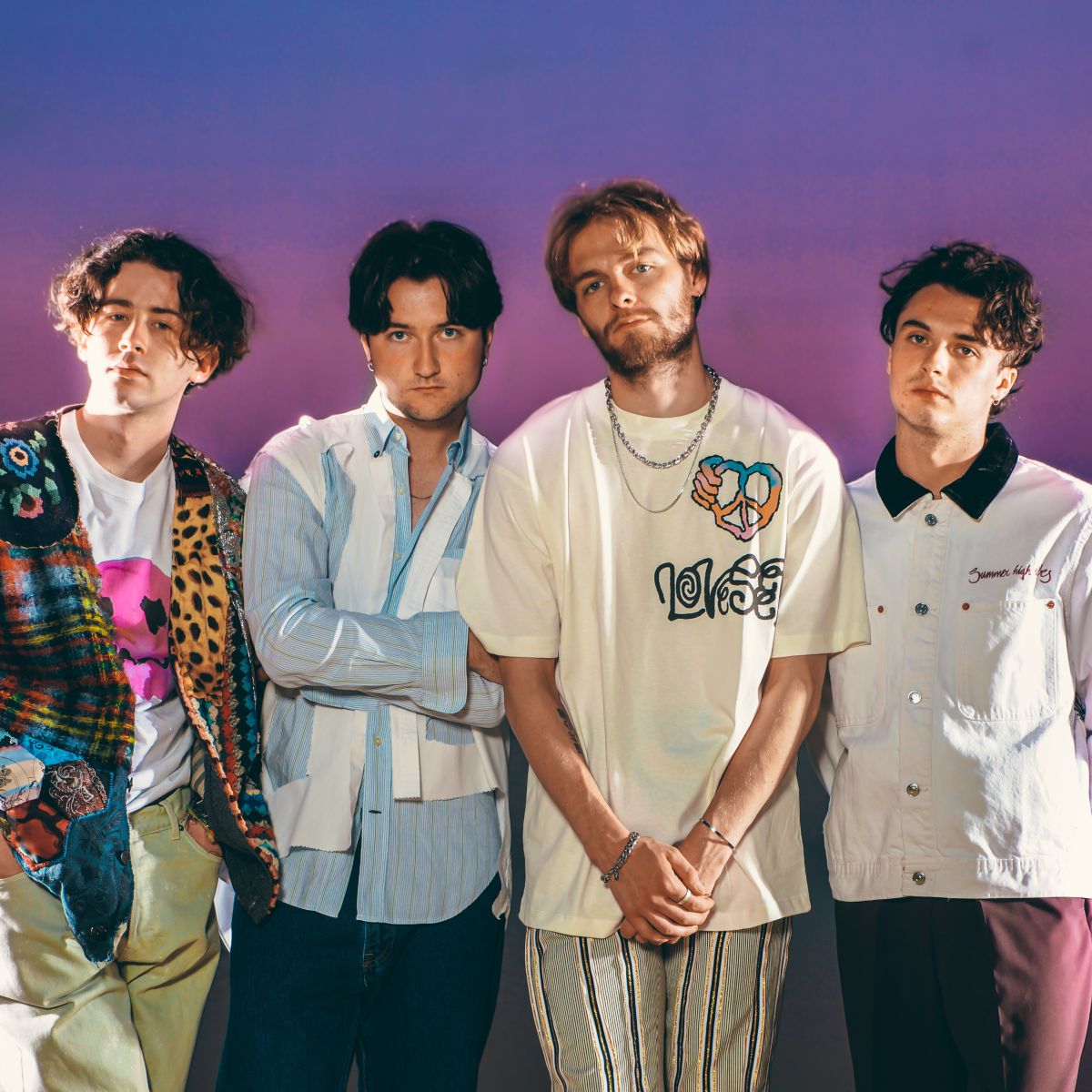 
With larger than life indie-pop anthems born of small town boredom, coming of age, big nights out and young love gone wrong, modernlove are a new generation’s brightest hope – already racking up streams in their millions and selling out shows, simply by singing about what they know and having a good time doing it. From playing dingey rural pubs to working with super-producer Luca (of Arlo Parks and Lana Del Rey fame), this Irish band of young 20-somethings are about to show the world the true heights of their ambition.

Formed in Drogheda near Dublin in 2016 of childhood friends and mutual pals, the four-piece came together as “the only people in town we knew who liked music”. Their shared influences of the game-changing future-pop of The 1975 and The Japanese House, the new wave sounds of The Cure and New Order, the danceable indie of Bloc Party and Bombay Bicycle Club, the experimental ambience of Jon Hopkins and Aphex Twin ,and a whole lot of day-glo pop-punk took them from jamming covers for the hell of it to carving out a monolithic, genre-shifting sound of their own to lift them out of the doldrums of their sleepy hometown.

“There’s very little by way of a ‘scene’ in Ireland in general, and outside of Dublin there was nothing,” says guitarist and frontman Barry Lally. “It was just us in our band and all of our friends that came to our tiny gigs in Drogheda. Our own little scene just came to swallow us all. Our whole lives formed around it.”

After countless tight-knit community-forming local pub gigs, seemingly lightyears away from the buzzing London circuit or any real chance to get noticed, the world went quiet when the first COVID lockdown hit. The four music students did the only thing they knew and retired to their bedrooms to pen some songs. An A&R man from Akira Records discovered them, the songs were then re-recorded, re-mixed and officially re-released. That’s when the world started to listen.

“We’d just been throwing songs out into the ether, and there were no gigs for us to find out if there was anyone listening or getting invested,” says Lally. “Just by chance, Akira heard one of our songs called ‘Let Me Know’ on Spotify and that’s how we ended up getting signed.”

Since then, they’ve dropped debut 2021 EP ‘monochrome blue’ (featuring the 1million+ streamed kaleidoscopic pop of ‘Liquorice’) and 2022’s sky-reachingly ambitious ‘Oh My Mind’ EP. There’s a full spectrum to their pop palette, showcased further on the upcoming ‘Only Ever Only You’ EP due in Spring 2023.

Asked to pin down their sound, drummer Cian McCluskey replies: “It depends on the week! We could be making ambient, noisy dance music, emo, pop punk, or indie. The one thing that runs throughout our music is that it’s melodic and major key”. Explaining their unique sonic DNA, bassist Daniel Rooney adds: “We’re all quite adept at producing, and we all write. The style of a song can be informed by each of us individually, then we all jump on it to add our personality and variety.”