Brooklyn based artist, EVAN GIIA has established herself as one of the Ones to Watch, entering into music as a Berklee College of Music Alumna. As a classically trained opera singer her voice adds a unique touch to her alt-pop sound. Amassing millions of streams and BBC Radio 1 single of the week with her first release, “heat of the Moment” followed by “Westworld” which reached #1 on HypeMachine. Evan released 3 songs with ODESZA’s Foreign Family Collective before signing with Astralwerks in late 2019. EVAN GIIA spent much of 2019 touring with the likes of ODESZA, Big Wild, Jai Wolf and Louis the Child. 2020 is set to be a huge year for this budding star. 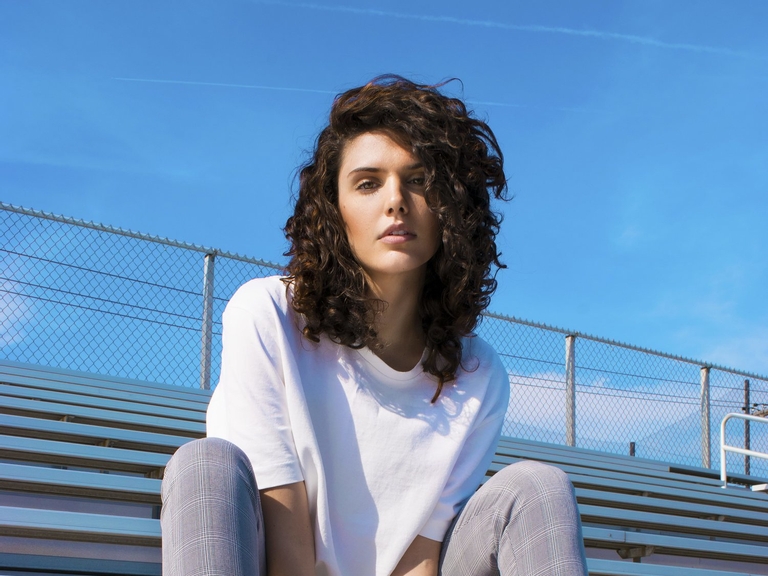 Brooklyn -based Berklee College of Music alumna and vocalist, EVAN GIIA’s voice adds a unique touch to her indie/ pop/ electronic sound. She ended 2016 with the BBC Radio 1 backed single “Heat of The Moment”, amassing over 2 million plays across streaming platforms and kicked off 2017 with the Hype Machine’s #1 single “Brave”.  EVAN GIIA started 2018 with her #1 HypeMachine single,  “WESTWORLD”  which has already hit 1 million streams on Spotify, released on ODESZA’S Foreign Family Collective. Her latest single, “I DON’T LIKE UR FRIENDS” , released with a self directed music video, just landed on Spotify’s New Pop Sounds playlist. Within the past 6 months, EVAN GIIA has established herself as an artist to watch and a force to be reckoned with.