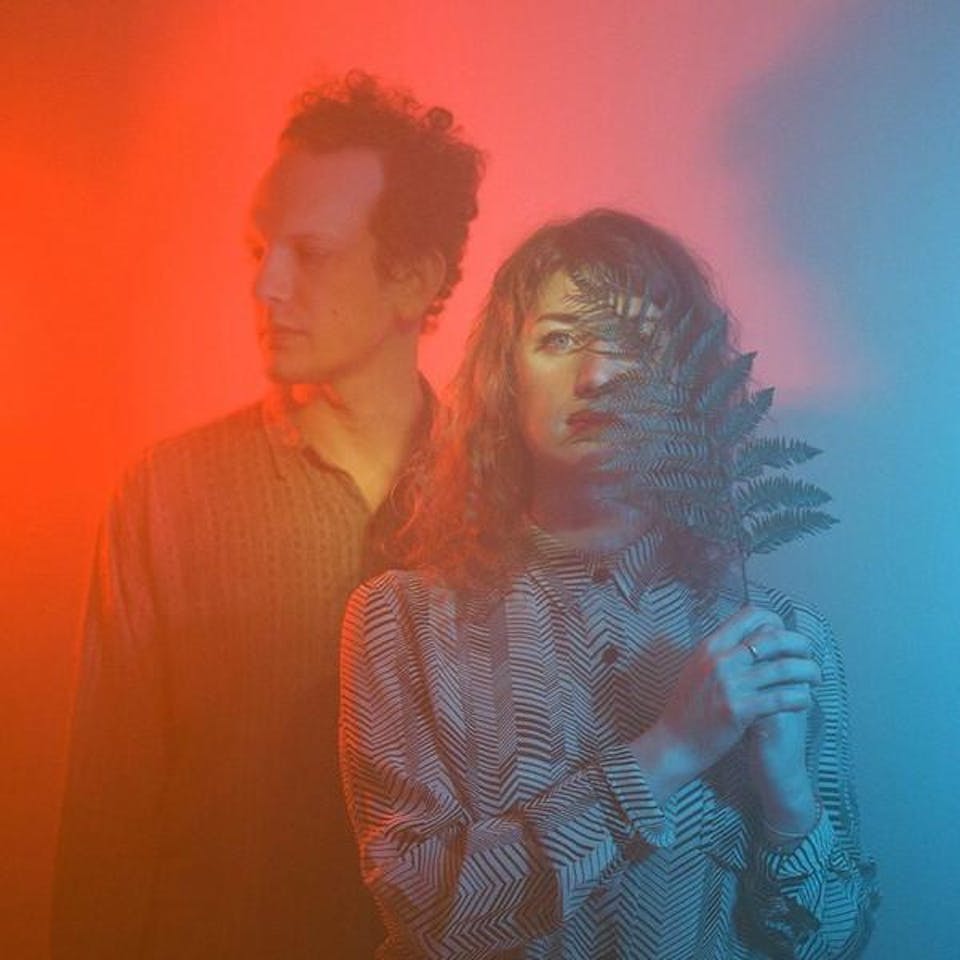 All sales are final. Review your order carefully, there are no refunds for any reason. Tickets are non-transferable. No tickets are mailed to you, your name will be on the will call list night of show. Night of show (1) bring a valid government issued ID and (2) print your confirmation e-mail and bring with you night of show.

Night Pass is Pure Bathing Culture’s first original album since 2015 and a radiant demonstration of time dutifully spent between releases. The album opens with an anthem of renewal, “Thin Growing Thing” — an intentional choice according to Sarah, who says, “We can’t imagine a better lyric from the album to introduce a listener to what we are trying to say here. Love is something that has the potential to bond us all and where it’s absent we should strive to create it.” This is Pure Bathing Culture’s constant, the conviction that carries them from past to present. To seeds in the soil, Sarah sings:

Night Pass emerged from emotional tumult. The band had lost their label and their team in quick succession, causing them to turn inwards during the creation of this record—the duo’s spirit of resilience beats like a heart through ten powerful tracks, persistence exploding into songs like “Devotion,” a danceable canticle in praise of partnership.

Finding opportunity in the unknown, Pure Bathing Culture called upon friend and producer Tucker Martine (REM, My Morning Jacket, Neko Case and Spoon) to join their journey. His studio, became an oasis, a place of healing and of progress. This darker incandescence of collaborative survival gleams through “Moonrise,” “Remember” and “Joyous Lake,” the last of which provided Night Pass its title. “It’s our favorite song on the record,” Daniel and Sarah confess in agreement. “It’s a meditation on patience and not giving up.”

the joyous won’t be jealous of // the heavens up above

in stream lit skies mysterious // above the joyous lake

Musically, Pure Bathing Culture emanate an expertise in sounds supernatural and ethereal. Sarah ignites lines with a voice like sorcery, injecting each note with palpable energy. Daniel embraces his instruments as companions. He explains, “I don’t plan, I just think of each part as a different person. I'll name them, think of the clothes they're wearing, where they're from ... This helps me feel like we’re creating our own world.” His method is evident in “Ad Victoriam,” where sounds interact like living, loving bodies, and in “All Night,” where Sarah’s voice seems to twirl each melodic layer as if by hand.

If Night Pass clarifies only one thing, it’s that over the course of their Richard Swift-produced debut EP and the two beloved studio albums that followed, Sarah Versprille and Daniel Hindman have done more than establish a musical identity; they’ve honed a sonic virtue. The album is a shining exhalation, beaming with electric intimacy and propelling Pure Bathing Culture into due triumph. The album closes with “Violet A Voyager,” a softly resolving song that Daniel and Sarah always knew would come last, the first glimpse of violet on the horizon after the black of night.

Plume Varia is the dreampop/indie-pop project of husband and wife, Shon and Cherie Cobbs. Denver transplants originally from Minneapolis, Cherie and Shon are most comfortable when submerged within a great local music scene. Experienced musicians, writers and performers; they created this project as a way to merge together their deep and independent musical roots in a way that artistically represents both of their individual styles. Plume Varia's music is the balance of lonesome lilting melody and the promise of assured forward motion. Cherie's alluring and imaginative songwriting married with Shon's pull to darker, brooding production creates a dense, refined and consuming sound. They have drawn comparisons to acts such as Beach House, The XX, Lana Del Ray, Portishead and Wye Oak. They've had the pleasure of opening for many National acts such as Peter Murphy, Dada, In The Valley Below, Avec Sans, Handsome Ghost, Jolie Holland, She Keeps Bees, Soko, Rogue Valley, Parellels and many more.